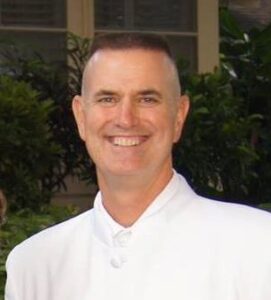 received his commission in the United States Navy in 1998, serving honorably for the next 23 years in both peacetime and war and retired from the Navy in 2021.  He currently serves as Vicar at St. Luke’s Anglican Church, Mineral Wells, Texas.

He is married to the former Anne Elizabeth Good of Perth, Australia. They are blessed with three children.