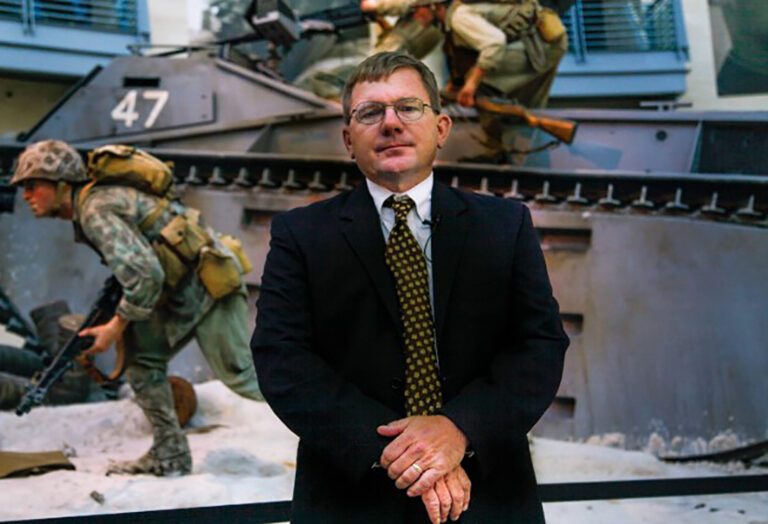 Mark, who founded “History Flight” to preserve and to honor American aviation history, is a certified airplane fanatic with over 10,000 hours of flying time in everything form the T-6 to the B-767. Mark is an Aviation Historian with a BA with Honors in history from Emory University in Atlanta. Mark is a CFI and CFII, and holds type ratings in the B-727, B-757, and the B-767. At a ceremony in the summer of 2015, Mark was awarded the distinguished and unique honor of being named an Honorary Marine by the Commandant of the United States Marine Corps. There have been less than 100 individuals worldwide who have had this honor bestowed upon them.